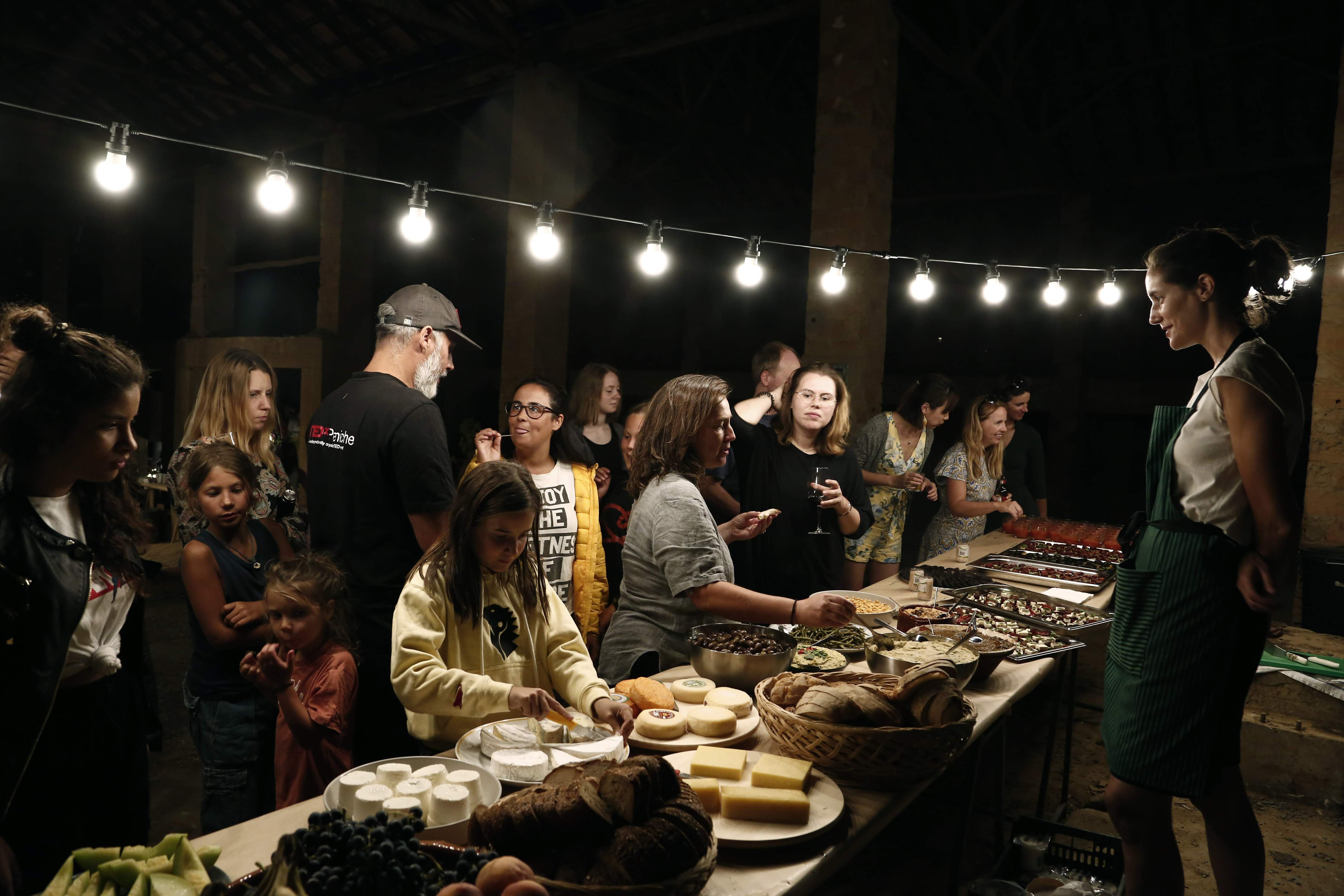 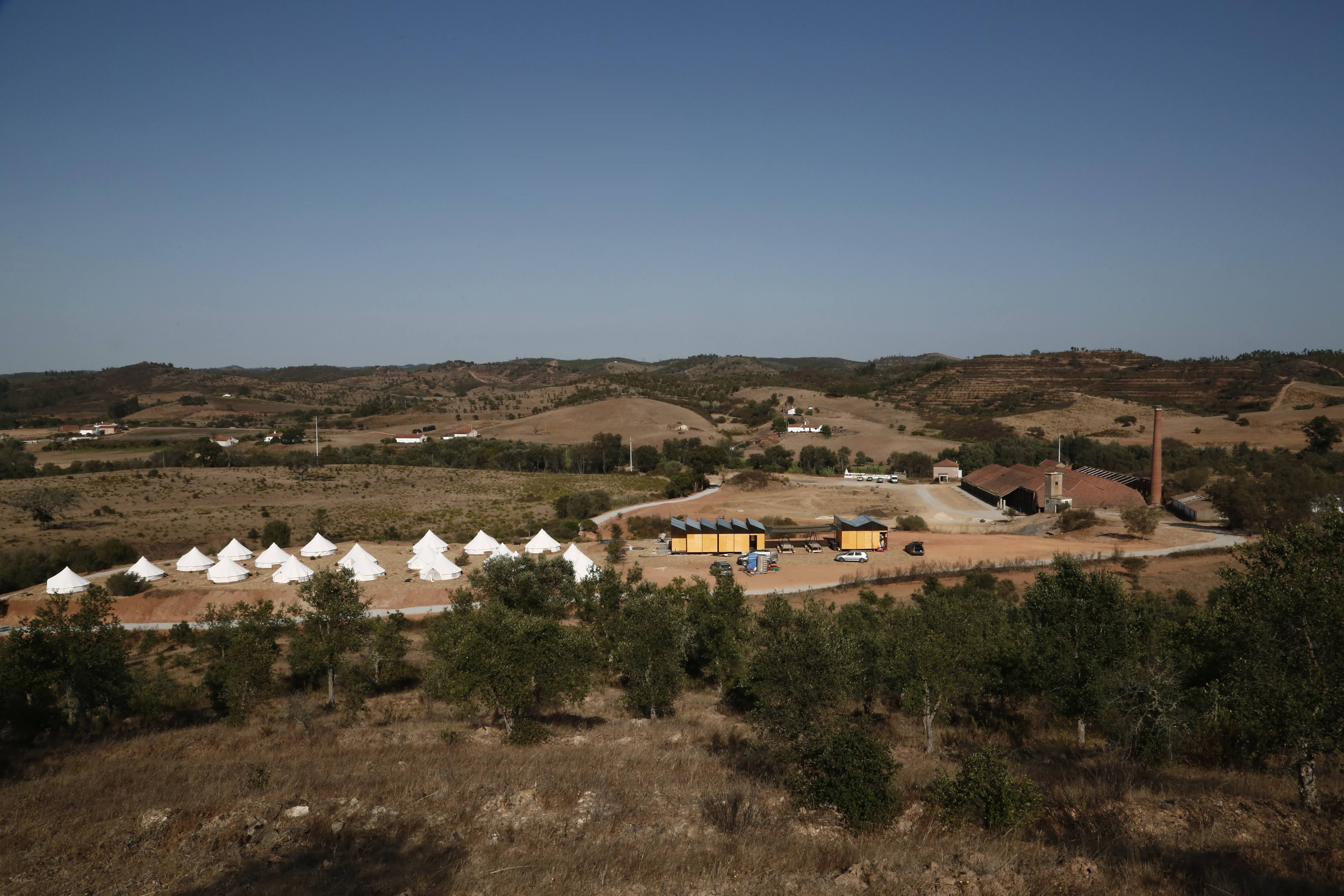 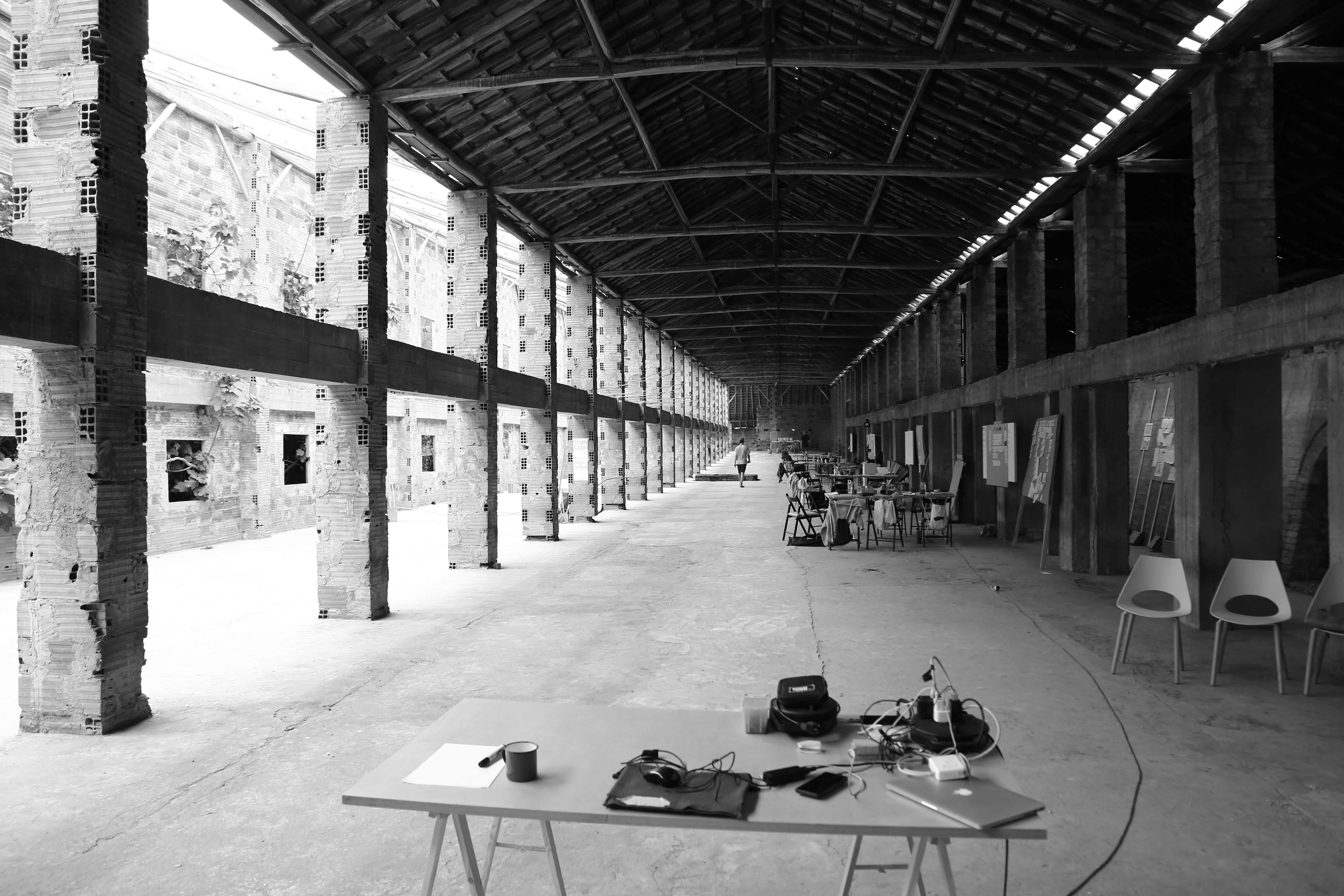 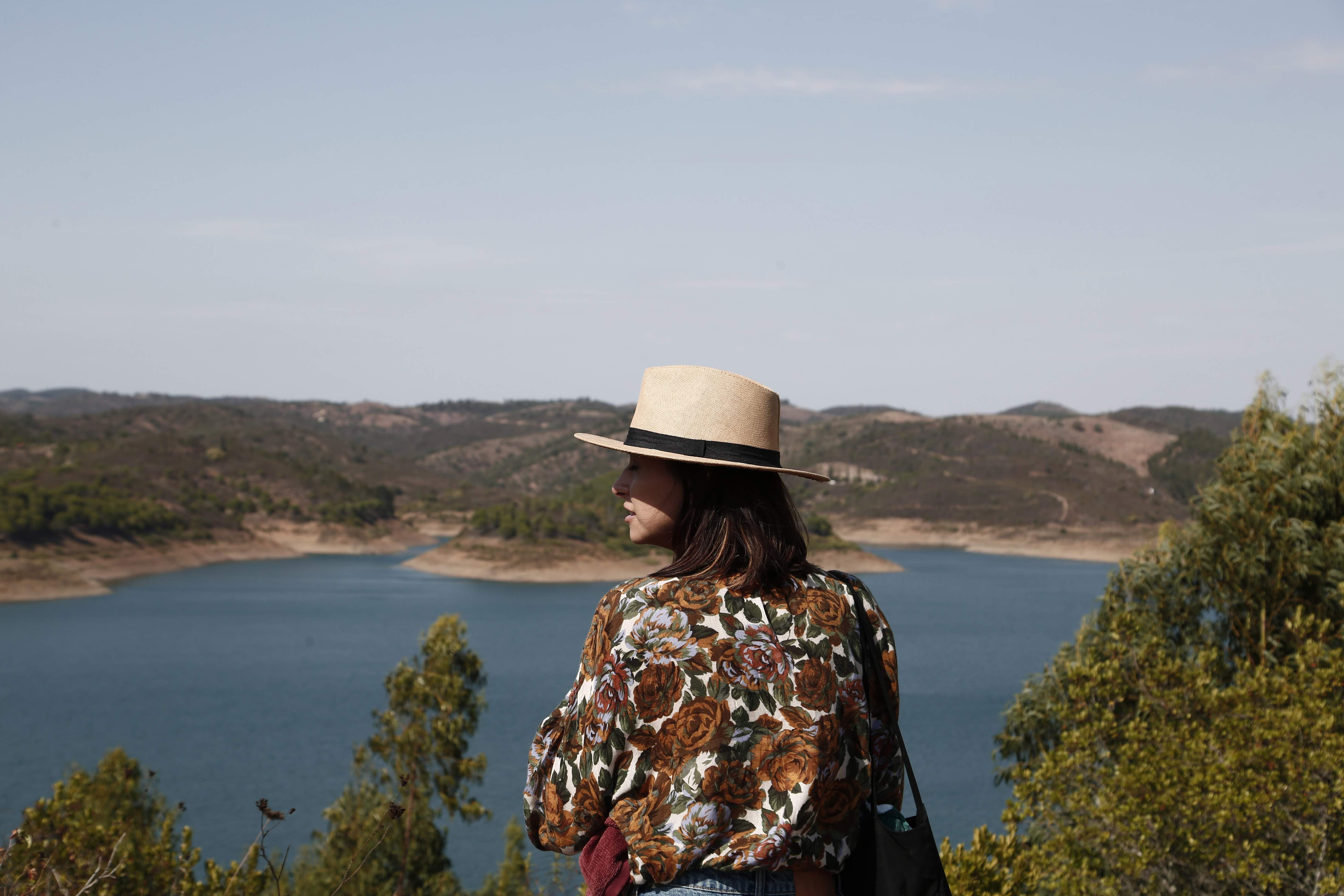 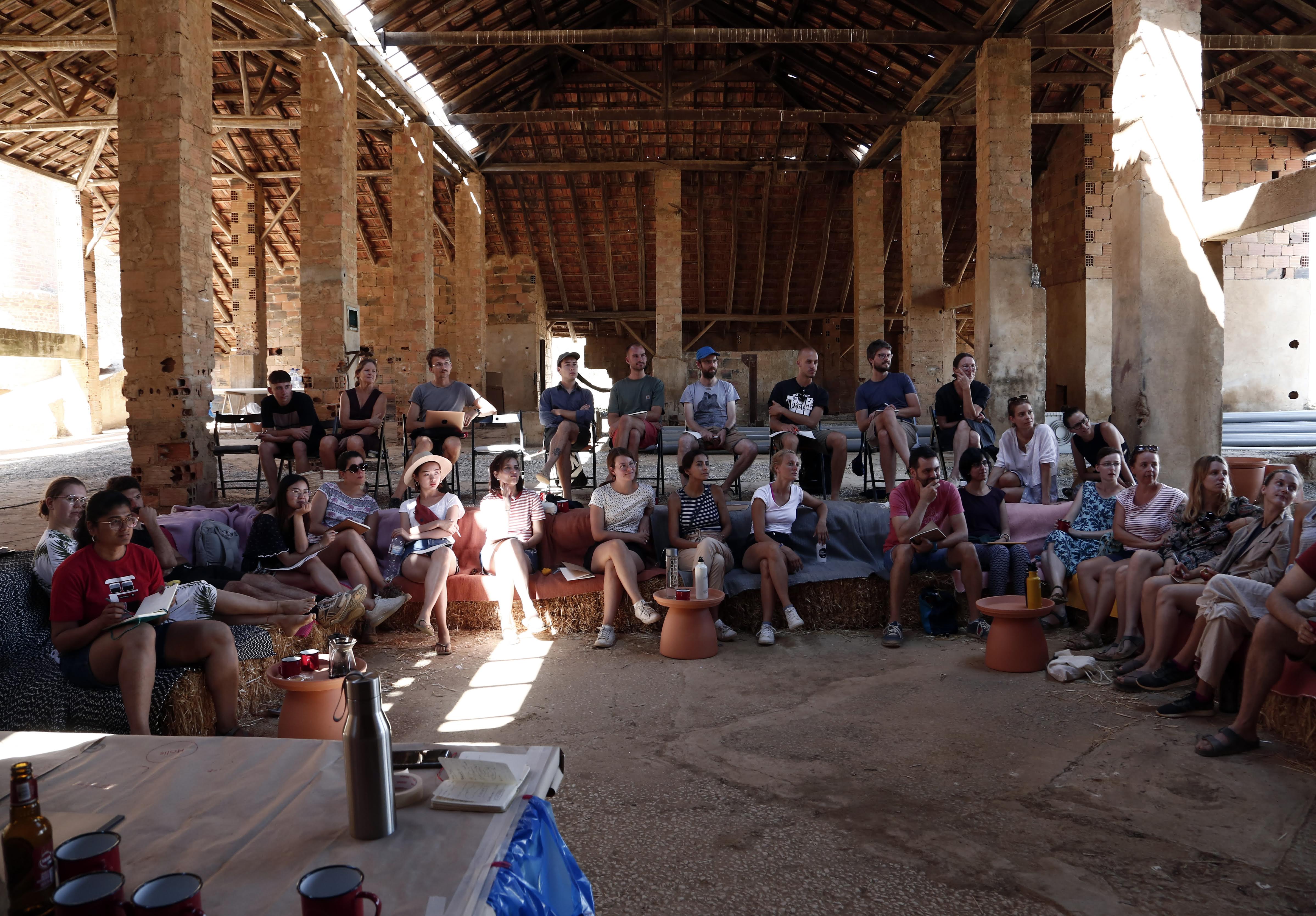 What is the future of the countryside? Is our future to be found outside the dense urban landscapes in rural environment? How future technologies might affect the lives of the 45% of world population who lives in the countryside?

The challenge we worked on

While Odemira is the municipality with the largest territory in Portugal, its interior has one of the lowest population densities in Europe. Over the last two generations it has lost more than 70% of its inhabitants due to major shifts in agriculture and lack of alternative opportunities. This results in an ageing population, dispersed over a vast area, affected by isolation and social exclusion (one of the world's lowest birth rates, and a dramatic suicide rate three times the national level). Its shrinking population leads to neglect of the land, the decay of infrastructure, and the loss of traditions, knowledge, and culture.
‍
Our partner is CLARA, a recently established center for the rural future. They purchased an old brick factory where the center will be located. Their sustainable development strategy is based on three crucial components:

We partnered with CLARA to investigate the future scenarios of such a center for the rural future. Our main aim was to develop functions and activities alongside business models that will help the center to revitalise the economic and social fabric of the area.

From August 23rd to September 1st 2019, 24 participants — from 3 continents and 10 different countries and with backgrounds ranging from product and service design to psychology and coding — gathered on the grounds of the CLARA - Center for Rural Future— a rural creative hub set up by Mariana and Diogo Dias Coutinho. There they conceived a series of creative & business proposals to reactivate the countryside and fight rural exodus.

During the 10 days of the workshop, the group — divided in 4 teams led by 4 international team facilitators — worked closely with Holis’ local partners and came up with 4 projects. All projects has been received very positively and shall be implemented by Holis with the local partners in the near future, thus confirming the institution’s tangible and impactful role.

Co-demira wants to bring digital nomads and people allowed to do remote work into peaceful surroundings of rural Portugal and offers them a co-working space and accommodation.

Clara Rural Camp is a service that connects urban children during their school holidays to older locals in the Odemira region.

Farm the Gap is a B2B farming membership service that connects urban and rural societies where companies can support sustainable farming practices and offer their employees a natural life experience.

Rural Link - a platform which maps the local resources and know how, to create a network that fosters creative collaborations and sustainable entrepreneurship.

The projects were delivered by

Lewis has worked internationally, across private and public sectors. From community-based outreach to formal youth work, arts outreach and structured programmes, working in roles that foster mutual learning and that can make meaningful change in individuals lives motivates him. Since moving to London 3 years ago he has been working freelance with lots of different projects and clients.

Designer, researcher, and initiator of the ideas. Creates processes, experiences and visual systems that allow brands, organizations, and events communicate integral value offered to their users. Her experience comes from working with design studios, product and service companies as well as design and culture centers in Paris, Helsinki, New York, and across Poland. Passionate about sustainable development, Human-Centered Design, and mindfulness.

Helps organizations create products, services and brand scenarios based on design strategies. As a co-founder of design consultancy Change Pilots he offers a unique point of view as both strategist and designer capable of creating measurable, novel solutions. Always brings multicultural perspective thanks to years of practice abroad including New York and London and such organizations as Parsons School of Design and IDEO.

Michala is a designer working along boundaries of product and experience design. She leads commissioned research projects at the Institute of Design at the Slovak University of Technology in Bratislava. Since 2013 she is a managing director of collaborative platform Flowers for Slovakia, focused on promotion of Slovak design abroad. In 2017 she has co-founded hardware startup Benjamin button.

John Thackara is a philosopher, writer and advisor. He helps companies and cities design innovation platforms that benefit all life, not just human life. His most recent book (of 12) is How To Thrive In the Next Economy: Designing Tomorrow's World Today. John curated the celebrated Doors of Perception conference for 20 years, first in Amsterdam, and later in cities throughout India.

Dr John Stevens joined the Royal College of Art in 2013 to help launch the new Global Innovation Design MA. John’s research interests concern the application of design methods to emerging contexts of innovation such as service design, multi-disciplinary design and design management, especially applied to social, cross-cultural and humanitarian innovation. This necessarily encompasses the design of products, interactions and systems.

One of the cofounders of Loomio, an open source software tool for collective decision-making. He's also a Catalyst at Enspiral: a network of self-organising companies who have been working without bosses since 2010. He's passionate about co-ownership, self-management, collaborative governance, and other ways of sneaking anarchism into respectable places. He writes at medium.com/@richdecibels

Roland Harwood is a compulsive connector of people and ideas. As a successful serial entrepreneur, he is currently Founder and Director of Liminal, a new venture currently in development. Prior to that he was Co-Founder and Managing Director at 100%Open, the multi award-winning open innovation agency that works with the likes of LEGO, Ford, UBS, Oxfam and in 25+ countries around the world to co-innovate with their partners.