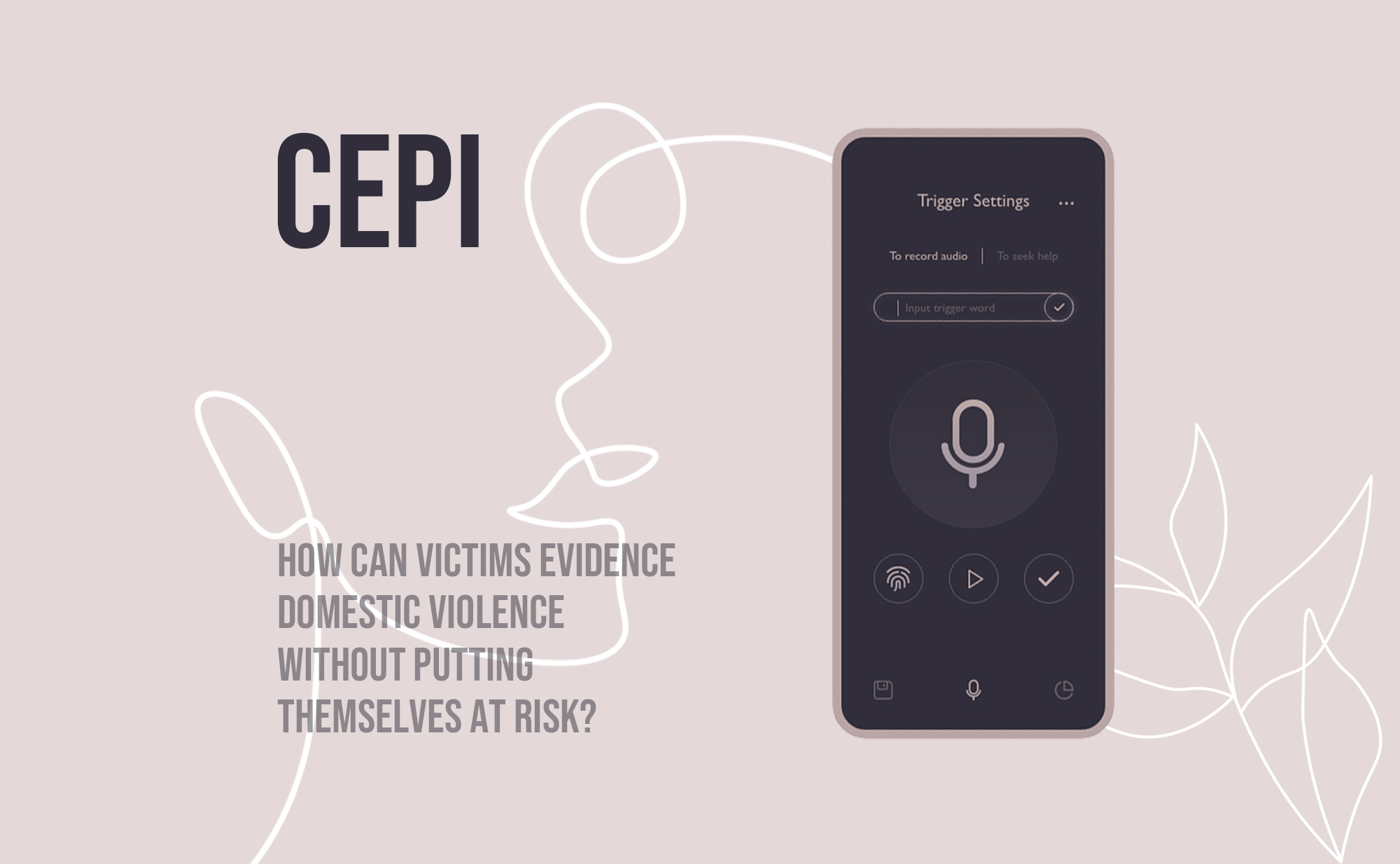 Cepi aims to change that by enabling victims to collect admissible audio evidence in a safe way and make more informed decisions with the help of machine learning analysis and collective human intelligence.

What does Cepi do? (key functions):

Who is the target audience?

Female victims and potential victims who are afraid to act on the matter because it might cause serious dangers and who are unable to fight back.

Why is it needed?

Victims often find it hard to gain admissible evidence since it is a very private matter with lack of witnesses. Collecting evidence in the context of domestic violence could put victims into very dangerous situations if they got caught by the abusers when doing so. Many people also don’t believe the victims because abusers have the “nice-guy act” in public.

Through the analysis of what the current market is offering, we realized there has been a lack of products for witness and evidencing as victims are constantly being abused, threatened and isolated.

Our audio-based toxicity evaluation function can help users better understand the toxicity level of the audio evidence they captured. Abusive languages and emotion cues related to violence in the audio will be detected. Users with evidence of similar toxicity level will be grouped and users can see what their peers did with their evidence to make more informed decisions. Users can also share the results of their cases to contribute to our collective database which will potentially help others in similar situations make better decisions.

In some situations, abusers could be checking victims’ phones. To keep users and the evidence safe, users can change the app name and the icon of the app. Also, Cepi can be connected to other smart devices in some extreme situations where users cannot always have access to their phones.

If the abuser was trying to log in, two fake login-in ways will be shown by default on Cepi. If the abuser logged in with user email and password or chose ‘use without signing in’, they’ll be directed to a recipe app. Only when you click on ‘other ways to sign in’ and finish user verification, will you be able to access Cepi platform.